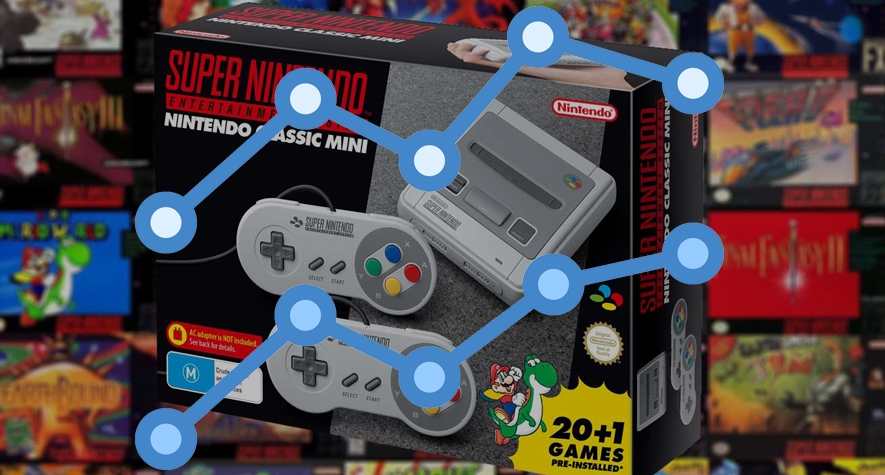 The Snes Classic has been a huge part of summer, as gamers are excited to replay the golden games of the 90s. The online preorders sold out within minutes, and most release day copies required waiting in line before your local store opened.  The Snes Classic, just like the Nes Classic, sold out and is currently only available from resellers and scalpers.

Our Snes Classic Price Page shows the most recent sold listings from Ebay since its release, and its average selling price. It has been selling for a steady $156 average the week since its release. That is almost double its msrp, but much lower than its average ebay preorder price, which was around $250. The Nes Classic is sitting around $145 right now, but Nintendo has stated they will be producing more, so you may be lucky enough to grab yours the second time around. $156 for the Snes Classic will still save you a ton of money compared to buying each original Super Nintendo game that is featured on the Classic.

The total cost of all 20 Super Nintendo games today would cost you $705. That’s about an average of $35 a game, with Earthbound being the big outlier. Earthbound sells for $154 average as a loose cart off Ebay. The Snes Classic saves you a lot of money by bunding the games, and it also provides you with an HDMI output, and save state manager. This is a hige upside because unfortunately the retro consoles do not scale well with modern HD-TVs.

The graph below showcases the individual value of each game as of October 3rd 2017.

For added value, Below is a graph for how long it takes to beat each game included on the Snes Classic. Data provided by HowLongToBeat. It would take 175 hours to complete each game fully, one time, with an average of 8.75 hours per game. Obviously the RPG games take significantly longer, and weigh down the playtimes.

Here is a live list of Snes games with links to their prices. The price pages will show you loose, complete, and sealed average prices. You can also view the most recent sold items from ebay for each of their respective categories. Check out the price page for the Snes Classic to see its average price, and current deals.