Song of the Deep Review 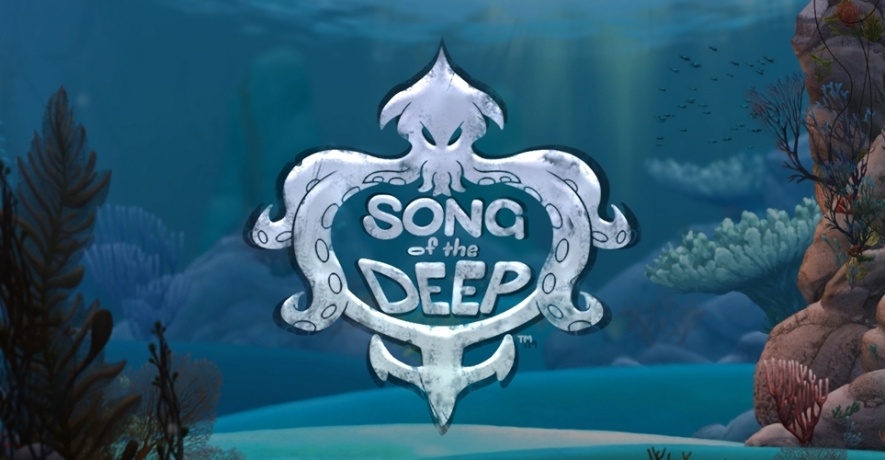 Song of the Deep is a metroidvania-style action-adventure game following a young girl’s quest into the unknown to find her missing father. Merryn waits all night for here father to return from the sea, and he never does. Fearing the worst Merryn constructs a submarine to explore the deep sea, making friends and enemies along the way. Merryn  must brave the waters fending off monsters, and solving puzzles to accomplish her quest.

Your main weapon throughout the game is a grappling hook, which is also your main tool for solving puzzles. The hook is used to pull, break, and drag objects to complete the puzzle or move on to the next area. Combat was fun, however the occurence of enemy encounters was sub-par. There are two big elements to the game which is combat, and solving puzzles. They both subtract from an enjoyable experience when together. When you are solely exploring and killing off squids, it was nice and enjoyable adventure. Enemies largely became a giant nuisance while trying solve puzzles. Solving puzzles was a unique and fun experience, but I quickly became very annoyed when enemies came to interrupt.

A shop keeper helps you along the game to upgrade all your equipment. The map stays true to the metroidvania style allowing many areas to only become further explorable, upon acquiring an item pickup elsewhere. There are health and missile upgrades vastly spread upon the map as well.

The visual design of Song of the Deep is very well done. The narrative is presented in a "child's storybook" type of way. Turning pages of color pencil drawn illustrations. The gameplay itself is gorgeous and immersive. There were times when I was in completely open water, and I had an extreme sense of anxiety as if I was drowning or claustrophobic. Swimming through vibrant patches of seaweed was an incredibly pleasing experience. The artstyle is point where Song of the Deep definitely stands out. You will be able to see for yourself the gameplay graphic style in a few gifs posted on this page.

Hand in hand with the visual design, sounds and music were brilliant. The soundtrack created an immersive underwater experience. The music efficiently accompanied the gameplay giving a sense of panic, darkness, beauty etc.

The entire play through took me just under 6 hours. If you go for a 100% it would probably take double that to 12 hours. Definitely worth it at the $15 price point. That's actually so good for the quality of game it is. I played on the intermediate difficulty, and would not say that was any challenging. It was very comfortable. The puzzles were not too hard nor were the enemies. A big complaint I have is that the enemies would become so annoying while trying to solve the puzzles. I believe the puzzles were so very well done that this could have been only puzzles and no combat. Fighting enemies while exploring and not solving puzzles was much more enjoyable.

Song of the Deep is definitely worth giving a play and especially at only being priced $15. Underwater games have always been a tough setting for anyone to enjoy a game, but Insomniac Games did a great job with this one.  I'll credit this game as "The best underwater game since Bioshock". I would recommend this game for its beautiful design, and cute storyline. Overall I really enjoyed this game despite the frustrating enemy encounters. The story is simple yet enticing, causing me to be really determined to go on and solve puzzles. As far as the puzzles go, they were just excellent (If you have patience for puzzles). If I had to give it a score I would go with 3.5/5. If you are expecting fast paced action you may be let down, however if you are a player with patience and enjoy puzzes, Song of the Deep is recommended for you.

I played Song of the Deep using a free press copy! Thanks Insomniac Games and Gamestop. Played on steam.